The Order of the Knigths of Saint Columbanus

The Order was founded in Belfast in 1915 by James K Cannon O'Neill. He was greatly influenced by the social teaching of the Church and particularly the encyclical "Rerum Novarum".

James K. O’Neill was a native of Ballypatrick, Ballycastle, Co. Antrim where he studied at the Classical School in Downpatrick. He enrolled in St. Malachy’s Diocesan College in February 1872 and entered Maynooth in September 1875. In 1906 he was appointed parish priest of the Sacred Heart Parish, Oldpark Rd., Belfast.

The parish presented all the drab appendages of industrialisation at its worst. It offered a challenge to its new pastor who brought to it those qualities of intellect and vision, of earnestness, sympathy and sincerity which marked him out as the dedicated priest, the born leader and organiser who abhorred sectarian strife and who believed that Catholic social principals, properly and intelligently applied, would at once supply the remedy for existing social ills and permeate society with the charity of Christ. Father O’Neill’s interest in people expressed itself in a multi-faceted apostolate.

A keen student of the papal encyclicals, Father O’Neill, with the concurrence of Bishop John Tohill, circulated copies of Pius X’s fundamental regulations for the Lay Apostolate among the conferences under his supervision. He arranged regular meetings at which lectures were given on the social teachings of Leo X111 and Pius X. A new conference proposed the study and promotion of catholic social principals among the remaining conferences of the St. Vincent de Paul Society in the diocese of Down and Connor. This was the origin of the programme of study and education in social principles which continues to underpin all the endeavours of the Knights of St.Columbanus which he founded in 1915 to promote and foster the cause of the Catholic faith and Catholic education.

Fr. O’Neill (then Cannon) died on 18th March 1922 and is buried at the rear of the church in Ballyvoy, Co. Antrim. The Order pays tribute to him in May of every year by the celebration of Holy Mass in Ballyvoy which is attended by representatives of the Order from all the thirty-two counties of Ireland.

In placing the Order under the patronage of St. Columbanus, our founders were mindful of his missionary zeal in bringing the good news of salvation to all. The Knights were the response of Catholic Irishman to the call of the Pope for a society of Catholic laymen acting in close co-operation with their bishops in the work of the Apostolate. 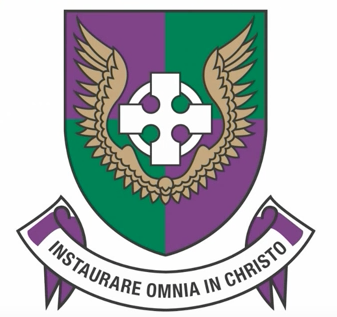